Forty Two
Posts: 14978
Joined: Tue Jun 16, 2015 2:01 pm
About me: I am the grammar snob about whom your mother warned you.
Location: The Of Color Side of the Moon
Contact:
Contact Forty Two
Send private message Website 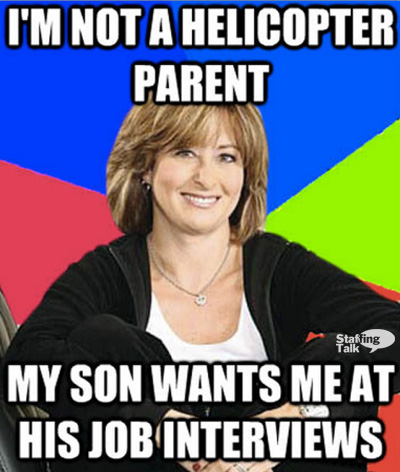 “When I was in college, I took a terrorism class. ... The thing that was interesting in the class was every time the professor said ‘Al Qaeda’ his shoulders went up, But you know, it is that you don’t say ‘America’ with an intensity, you don’t say ‘England’ with the intensity. You don’t say ‘the army’ with the intensity,” she continued. “... But you say these names [Al Qaeda] because you want that word to carry weight. You want it to be something.” - Ilhan Omar
Top

I'm saying the behavioural issues are genetic and inherited, not caused by helicoptering.

You might be saying it but you are wrong in this context. Social conditions appear to be deciding factor as far as this particular issue is concerned.

I suspect that, as in many human traits, there is an interplay. Some children may be genetically more prone to some forms of neurosis, but the degree to which this emerges as an actual behaviour may be strongly affected by parenting styles.

But as far as practical advice to parents, I think it is pretty clear that parental styles which are smothering and controlling will be more likely to generate children with less resilience and initiative, and that a certain freedom to roam and explore is a vital part of childhood development.

Scot's point about bikes rings true to me - when I was a kid, I was off on my bike all over the neighbourhood, and I think that was a good thing for me. Back in those days, in my relatively slow-paced home town, there was not real traffic issues. It is more difficult now on the roads, but at least we have a fair network of bike paths, which our boys could use.
Nurse, where the fuck's my cardigan?
And my gin!
Top

cronus wrote:Neurotic personality and its associated anxiety is genetic. There's a biological reason for behaviour. Social conditions can go in the bin along with new age thinking. Push the social circumstances in the bin. Mumbo jumbo narratives.

You think environment has no impact on behaviour then?
Rationalia relies on voluntary donations. There is no obligation of course, but if you value this place and want to see it continue please consider making a small donation towards the forum's running costs.
Details on how to do that can be found here.
.

I think he just likes being nonsensically contrarian..
Sent from my penis using wankertalk.
"The Western world is fucking awesome because of mostly white men" - DaveDodo007.
"Socialized medicine is just exactly as morally defensible as gassing and cooking Jews" - Seth. Yes, he really did say that..
"Seth you are a boon to this community" - Cunt.
"My penis is VERY small" - Cunt.
Top

Behavior --good lord, I thought we were talking about who people are.
Do not be alarmed, I'm popping a gender reveal cannon.
Top

The clue is in the thread title..

Sent from my penis using wankertalk.
"The Western world is fucking awesome because of mostly white men" - DaveDodo007.
"Socialized medicine is just exactly as morally defensible as gassing and cooking Jews" - Seth. Yes, he really did say that..
"Seth you are a boon to this community" - Cunt.
"My penis is VERY small" - Cunt.
Top

If they'd said 'correlated' rather than 'linked' I'd leave this subject be and go annoy you one of the other threads.

Users browsing this forum: No registered users and 3 guests