I have a field guide of Costa Rica birds and of Central America. The CR book will be of some use. National parks are developed. The general book has all the birds of the area, and Nicaragua has much of the same fauna. Yet
SOCIALISM!
https://en.wikipedia.org/wiki/Nicaragua#Economy
the tourist ecomomy is not well developed.

In the Nicaraguan general election, 1990, a coalition of anti-Sandinista parties (from the left and right of the political spectrum) led by Violeta Chamorro, the widow of Pedro Joaquín Chamorro Cardenal, defeated the Sandinistas. The defeat shocked the Sandinistas, who had expected to win.[69] Commentators such as Noam Chomsky and Brian Willson attributed the outcome to the U.S.-contra threats to continue the war if the Sandinistas retained power, the general war-weariness of the Nicaraguan population, and the abysmal Nicaraguan economic situation.

The parks are there, but adventurous birders drive the awful roads to get there

Map shows Nicaragua with the large lake and Costa Rica right below that. Two main roads connect the two.

The Los Gautuzos Reserve gives visitor’s access to reptiles, mammals and a diverse population of bird species. Wood Storks and Roseate Spoonbills are most commonly seen in this area, which is rich in migratory songbirds. Other destinations such as Lake Nicaragua and Isla de Ometepe have wonderful ecosystems to explore and offer hiking trails, which get you a lot closer to the birds, and the opportunity to wait for that perfect picture.

Exotic birds such as a variety of parrots and macaws decorate the skies in vibrant colors and if you are patient and lucky, you might be able to see a quetzal. Toucans and Guardabarrancoes are also native to the region, as well as Rancheros. Egrets, cranes, fish hawks and herons can be seen near water expanses and visitors are warned that the combination of these birds will literally give you sleepless nights, as they do so enjoy a song and a dance in the evenings!

Holbrook runs some trips and has long been established in Costa Rica, putting together some of the eco-lodges
http://www.holbrooktravel.com/where-we- ... n-gubanich
https://esapolitics.blogspot.com master of insistent lack of concern

I've got a mate who lives on the Pacific coast of Nicaragua. Loves the place, but when you get inland it can get a bit dodgy, lots of kids with AKs who dabble in kidnapping and ransom. Costa Rico is much safer, and a lovely place to visit.
Yeah well that's just, like, your opinion, man.
Top

I was wondering about the rental cars. Do they come with an AK and do you need to drive with the windows down?
Top

Depends. If they're bullet proof glass leave them up, otherwise leave them down and duck.
Yeah well that's just, like, your opinion, man.
Top

Tero wrote:I was wondering about the rental cars. Do they come with an AK and do you need to drive with the windows down?

Invite Seth on your trip - he can ride shotgun...

Nurse, where the fuck's my cardigan?
And my gin!
Top

Not sure if he got posted in Nicaragua yet...he is currently in India...but this diplomat has accurate data on all birds and has collected 8600 species around the world, not avoiding any hell holes like Guatemala 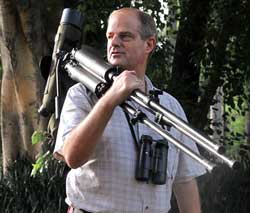 Guatemala experience by Bob Hansen
http://community.gorge.net/birding/guatemala.htm
Finally, I found a bank that would give me a $100 VISA cash advance using my driver's license for photo identification, and providing them with my passport number. The passport I no longer possessed.
https://esapolitics.blogspot.com master of insistent lack of concern

Why does Nicaragua fail with their dictators, whether left wing or authoritarian?
https://www.kios.org/post/nicaragua-see ... ion-rivals
https://esapolitics.blogspot.com master of insistent lack of concern